The occurrence of epistaxis commonly referred to as nosebleeds are not a rarity. This term mainly applies to those who suffer from more than just the occasional nasal bleed.

Nosebleeds are common experiences especially for children under the age of 16. Some people experience it severely through a heavy flow or by fainting to the point where they might need to go see a medical doctor and others rarely have an issue with it.

However, medical practitioners from Harvard have also taken up the challenge of coming up with ways people can deal with this type of bleeding. A study in the Ochsner Journal estimated the at least 60 million Americans suffer from nosebleeds, annually. Epistaxis is not life-threatening, it is spontaneous as your nose can start to bleed from anywhere, and can last for a couple of minutes.

Quick action is required to get the bleeding under control. With this in mind, you may find the 10 tricks to stop a nosebleed helpful.

When a nose starts to bleed many times people start to panic. They start to stress out, move around with their head tilted back and frantically look for tissues or towels to press to the nose. Children who are really young will start to scream and others even begin to cry. The first thing to do is to try and calm down.

By worrying too much and panicking more then you are most likely to make the bleeding worse. You should avoid laying down but try to sit up in a cozy position. Make sure that your head is tilted slightly forward so that the blood does not flow down your throat. Place a towel under your nose to stop the blood from dripping to the floor or clothing. Close your eyes and start to relax and wait for the nosebleed to end. It will end in less than fifteen minutes under good health.

END_OF_DOCUMENT_TOKEN_TO_BE_REPLACED 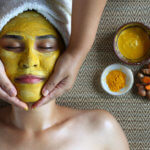 END_OF_DOCUMENT_TOKEN_TO_BE_REPLACED

Iron is one of the most vital minerals in the body. It can be found in every cell and it serves … 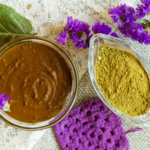